Just above gleaming rails, a river of light flows along a midair course through a city. On the river’s banks, light populates the city’s store windows like an echo of the lamps shining in through the panes. The tableaux behind glass seem to reflect something radiated toward them from the globes. In French, the term for a street light with a reflector is réverbère. 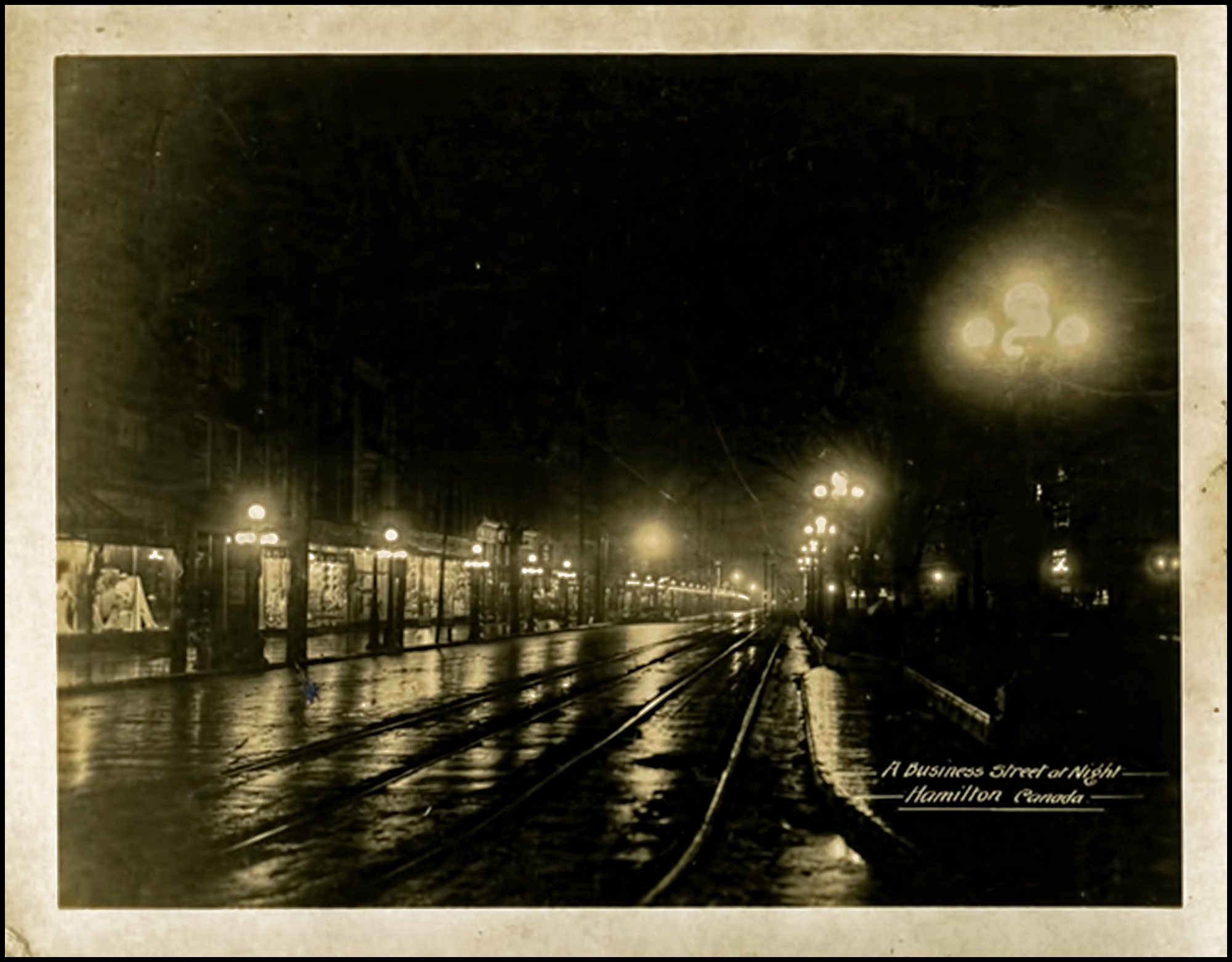 In the archive of local history maintained by the public library of Hamilton, Ontario, this image is cataloged as “Electric Lighting on King Street East,” with a date: 1913. The specifying adjective “electric” makes clear that as of 1913 light wasn’t yet fully coupled to electricity. During the moment when a shutter opened on this night scene, light had a different primary source, or none. As of that moment, for example, light’s reverberations hadn’t yet reached the windows of the second story. Up there, the people sleeping in the unreverberant dark were in an area of 1913 where the lights couldn’t yet be turned on.

If the archivist of Hamilton were to let us hold in our hands this memento from a prehistory not yet completely recordable in the photographic cartography of areas lighted and not lighted, she’d probably remind us to handle the document only by its edges. As former chairman of my university’s library committee, I’ve tried to cooperate by further demarcating the image of flowing light with a black surround. Reader, the archivist and I don’t want you to trespass beyond that photoshopped line.

From inside the line, too, history and its photographic familiar have cleared a whiteness and made it the mined blank of a border zone.  To cross over that white field from our side and make contact with the image’s interior darknesses (of unlighted second stories, of barely visible tree trunks filled with the saps that flowed through them that year) would be a violation. On the surface of a photograph, the touch of a living finger can be destructive. Within the image, any living thing contravenes the natural laws governing the flow of time. Off limits within the image’s demarcated frontier is a river which traverses its course through dark straits that the living can’t navigate. While you live, you can only watch it pass through that which lies on the other side of the white barrier. It is a flow on its way between dark banks where the living no longer belong.