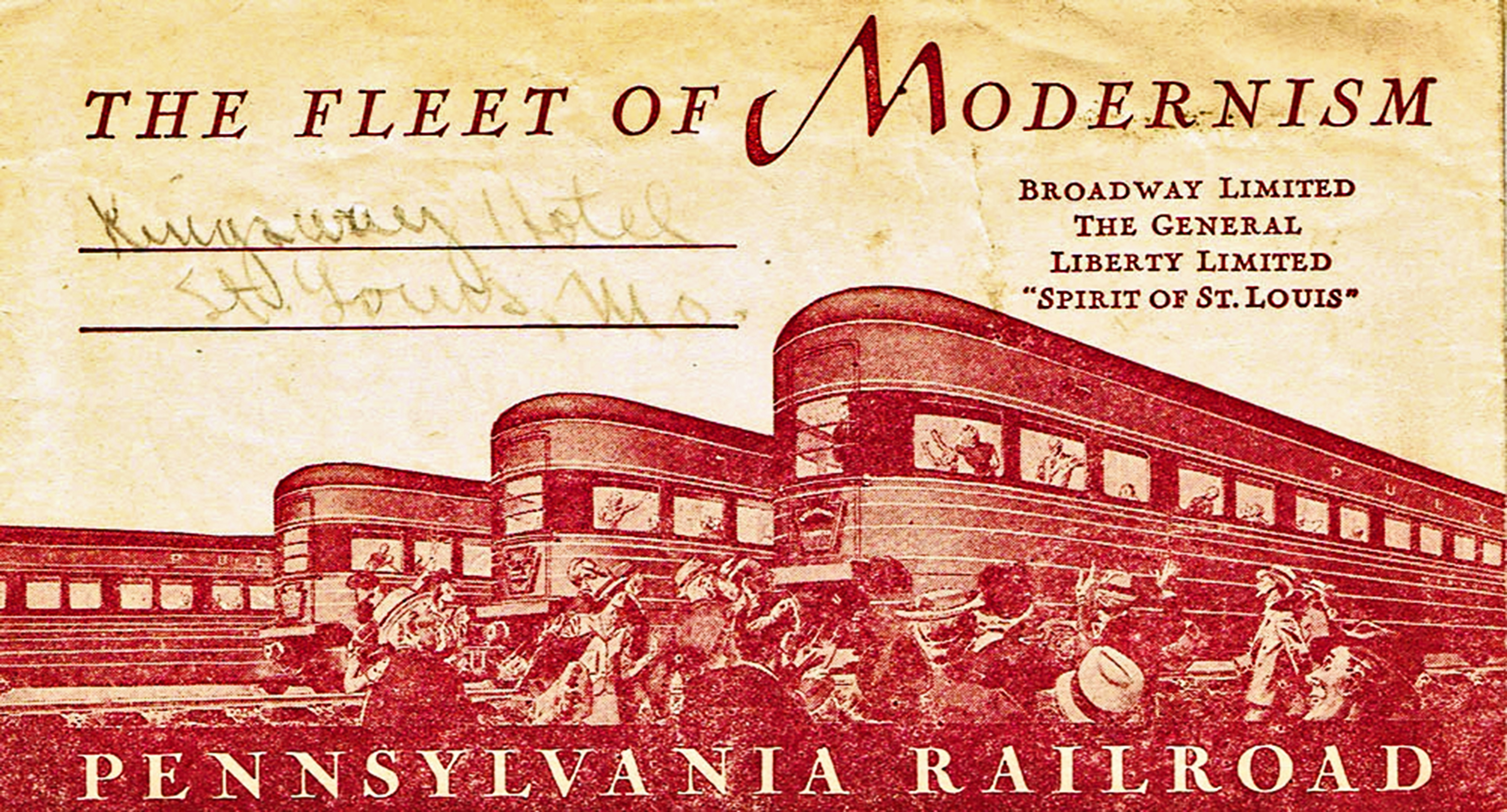 “I had occasion, repeatedly, to find the Pennsylvania Railroad a beguiling and predisposing influence — in relation to various objectives, and indeed I quite lost myself in the singularity of this effect, which existed for me, certainly, only in that connection, touching me with a strange and most agreeable sense that the great line in question, an institution with a style and allure of its own, is not, even the world over, as other railroads are.  It absolutely, with a little frequentation, affected me as better or higher than its office or function, and almost as supplying one with a mode of life intrinsically superior; as if it ought really to be on its way to much grander and more charming places than any that happen to mark its course — as if, indeed, should one persistently keep one’s seat, not getting out anywhere, it would in the end carry one to some such ideal city.” Photograph of Gertrude Stein and Alice B. Toklas by Carl Van Vechten