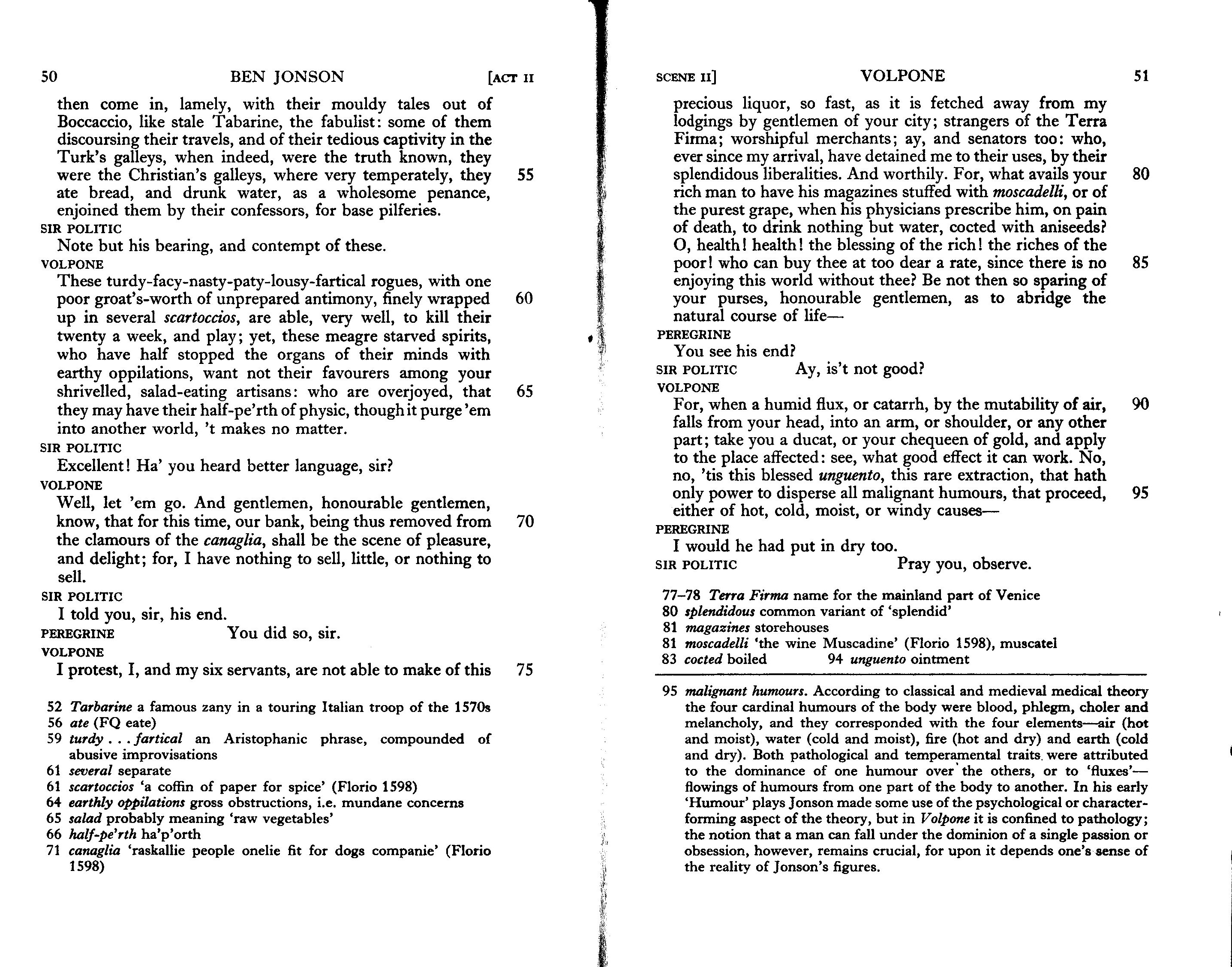 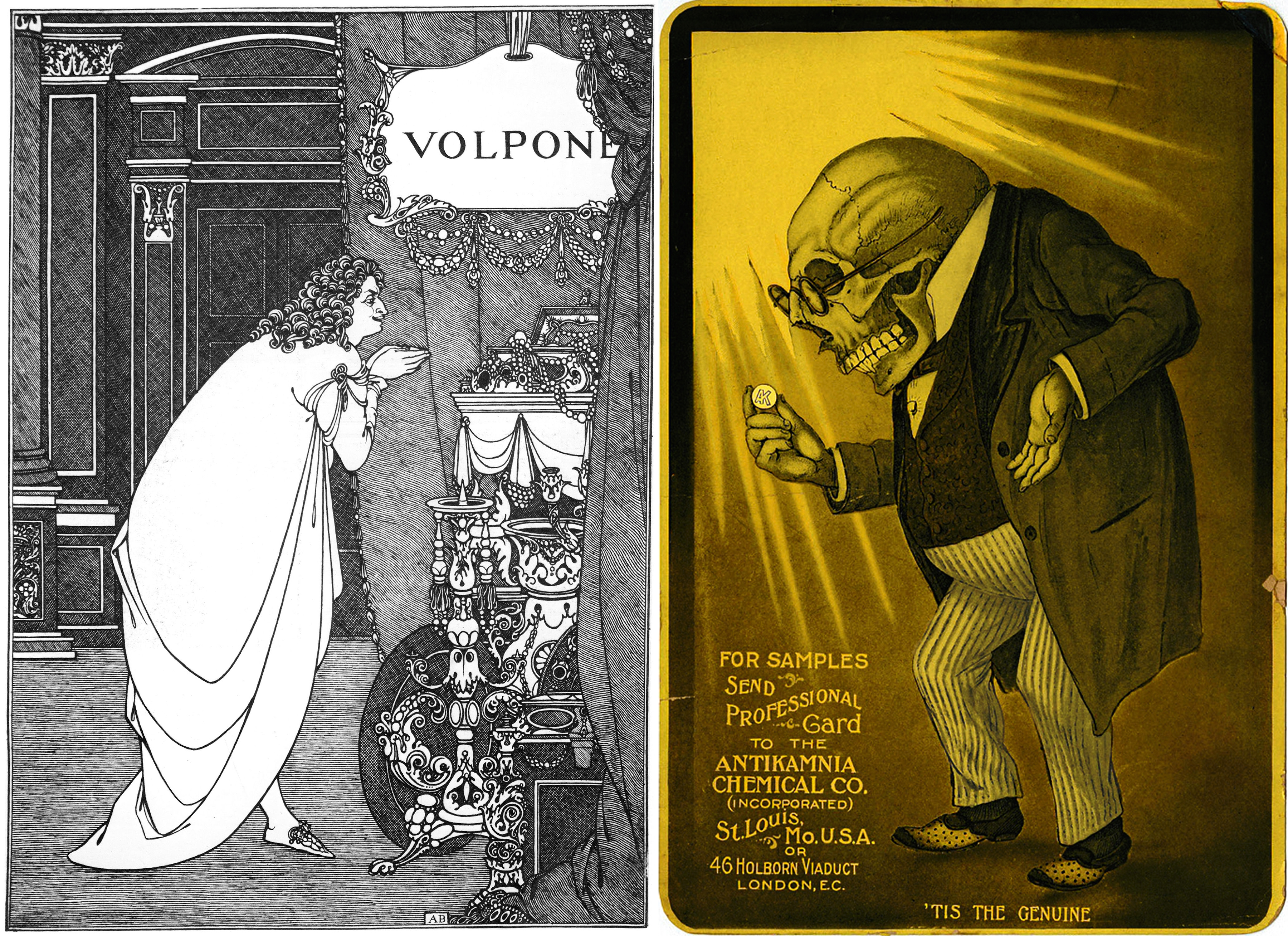 Ben Jonson, Volpone, ed. Philip Brockbank. 1968; New York: Norton, 1992. The illustration by Audrey Beardsley (not in this edition) shows Volpone saying, “Hail the world’s soul, and mine!”as he begins his morning prayer to his gold.

The advertisement “‘Tis the Genuine” has been photoshopped from the online original at https://www.flickr.com/photos/library-company-of-philadelphia/6857386818/  On this site, the text explains:

“Advertisement for the Antikamnia Chemical Company established around 1890. Depicts the skull-headed company icon ‘Funny Bones,’ wearing glasses, attired in a suit, and holding an “AK” tablet in his hand, and shrugging. Antikamnia (opposed to pain) was a toxic and addictive medicine often mixed with codeine and quinine. Funny Bones was designed by pharmacist and doctor Louis Crucius.”