The spring wind was stripping the blossoms. Little was left of this one except its reproductive apparatus. I opened my lens wide and cut back the exposure time to 1/2500 second. That minimized my instrument’s exposure to the quivering thing before it, and the change it was undergoing where it had been touched by light in midair. 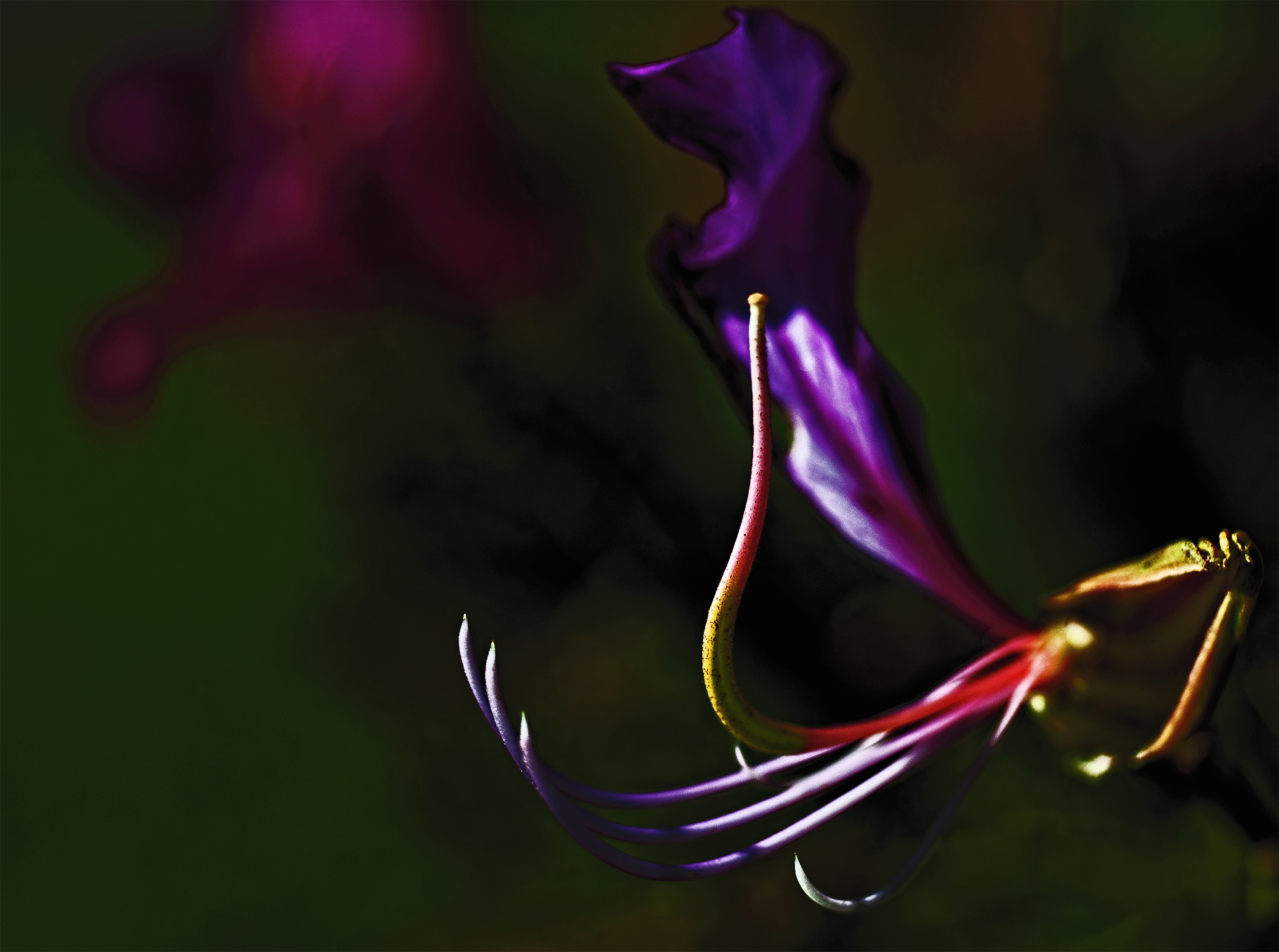 “Flirting with Death in Mid Air,” reads the curving headline. Like the curve, the choreography of flirtation with death had to be planned to its conclusion, even when (as here) the flirtation was called off in advance. It’s the having been planned that remains in evidence, going brown under the touch of light and air but still serving as the record of an intent. “This act will not be done,” said the scrupulous newspaper. Yet the artwork that promises a doing still clings to language’s living  stem. Its trace remains as a print on paper. It was always on its way into the homes. In the homes where it went to be read, the idea of flirtation with death became an act promising to be done. Ninety years later, the flirtation has been consummated. “A Klee painting named ‘Angelus Novus’ shows an angel looking as though he is about to move away from something he is fixedly contemplating. His eyes are staring, his mouth is open, his wings are spread. This is how one pictures the angel of history. His face is turned toward the past. Where we perceive a chain of events, he sees one single catastrophe which keeps piling wreckage upon wreckage and hurls it in front of his feet. The angel would like to stay, awaken the dead, and make whole what has been smashed. But a storm is blowing from Paradise; it has got caught in his wings with such violence that the angel can no longer close them.” (Illuminations [New York: Schocken, 1968] 257-58)