The historical document seems to have been recorded with a blunt pen. 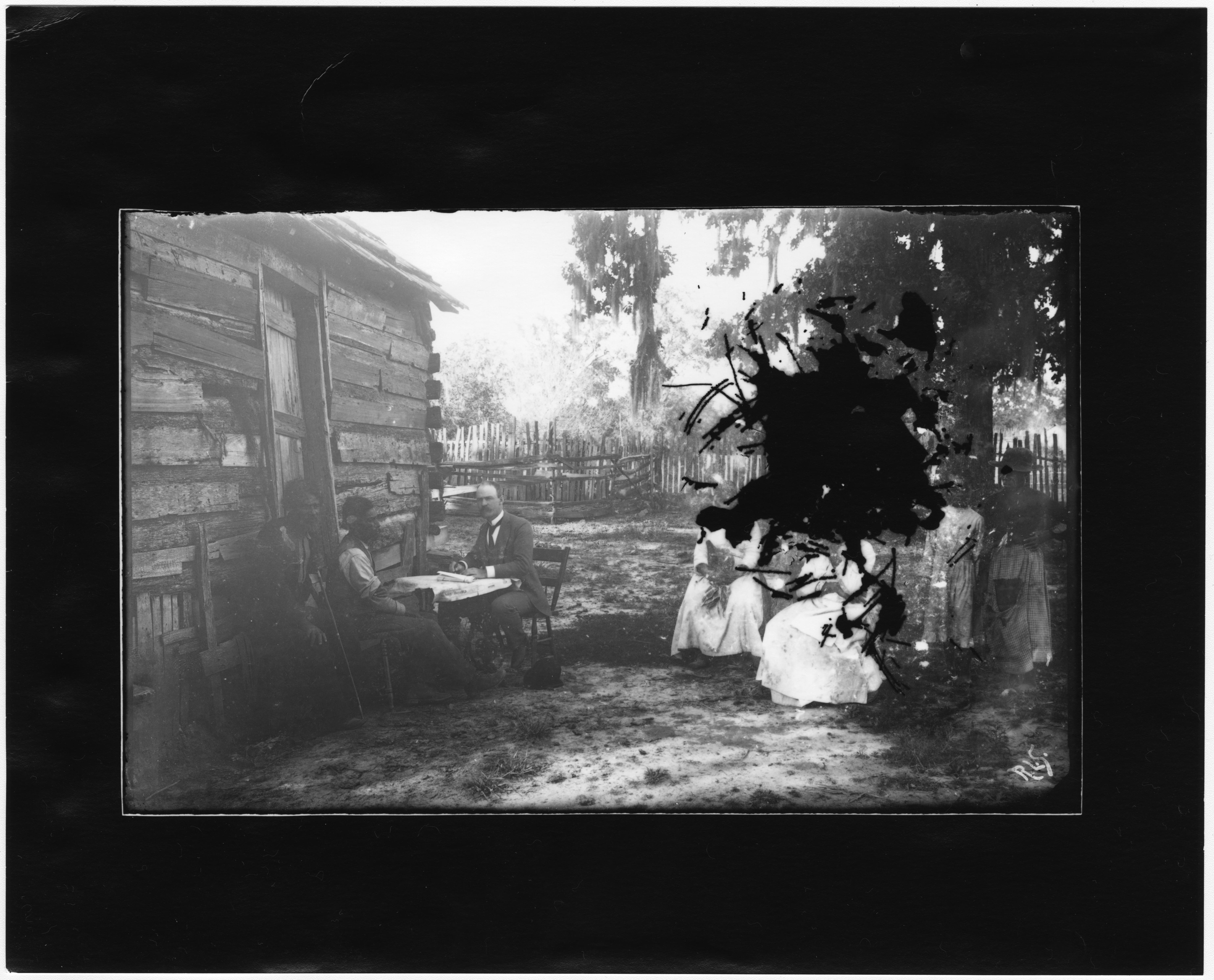 If it more closely approximated its disciplinary ideal, it would be clearer. The intent that underwrote its creation would be right there on the surface of the image. The impressions recorded on that surface would be a story, with a beginning and an end. It would start at one margin of the image and stop at the other, and the frame around it would be a part of the image itself, harmonizing with it in color and proportion. But because this image hasn’t passed its qualifying exam, I can’t easily read it with any of the tools in my institution’s library. All I can do, a poor substitute, is to try to bring it up to view with some trowel work around the edges. You see how unsatisfactory that is.

When the original was still embedded in its matrix, the section that had been scratched out of the historical record was a single black wound, isolated like an infection by the gray. The gray seemed, at least, still alive, still able to protect what was left of itself. But when I carried the black-stained object to my laboratory in the museum and set about treating it, I succeeded only in making it blacker.  After I cleaned up the gray and freed up the white, all that remained was black. From margin to margin, all there was now to see was that which had been deleted from visibility.