On June 13, 1910, just six and a half years after the Wright Brothers’ first flight, the balloonist, parachutist and aviator Charles K. Hamilton, “The Crazy Man of the Air,” won a $10,000 prize for flying from New York to Philadelphia and back again. The prize had been offered by the Philadelphia Public Ledger and the New York Times, and here in the Times an image in the aftermath taught those who subscribed  that air was going to look different from then on. 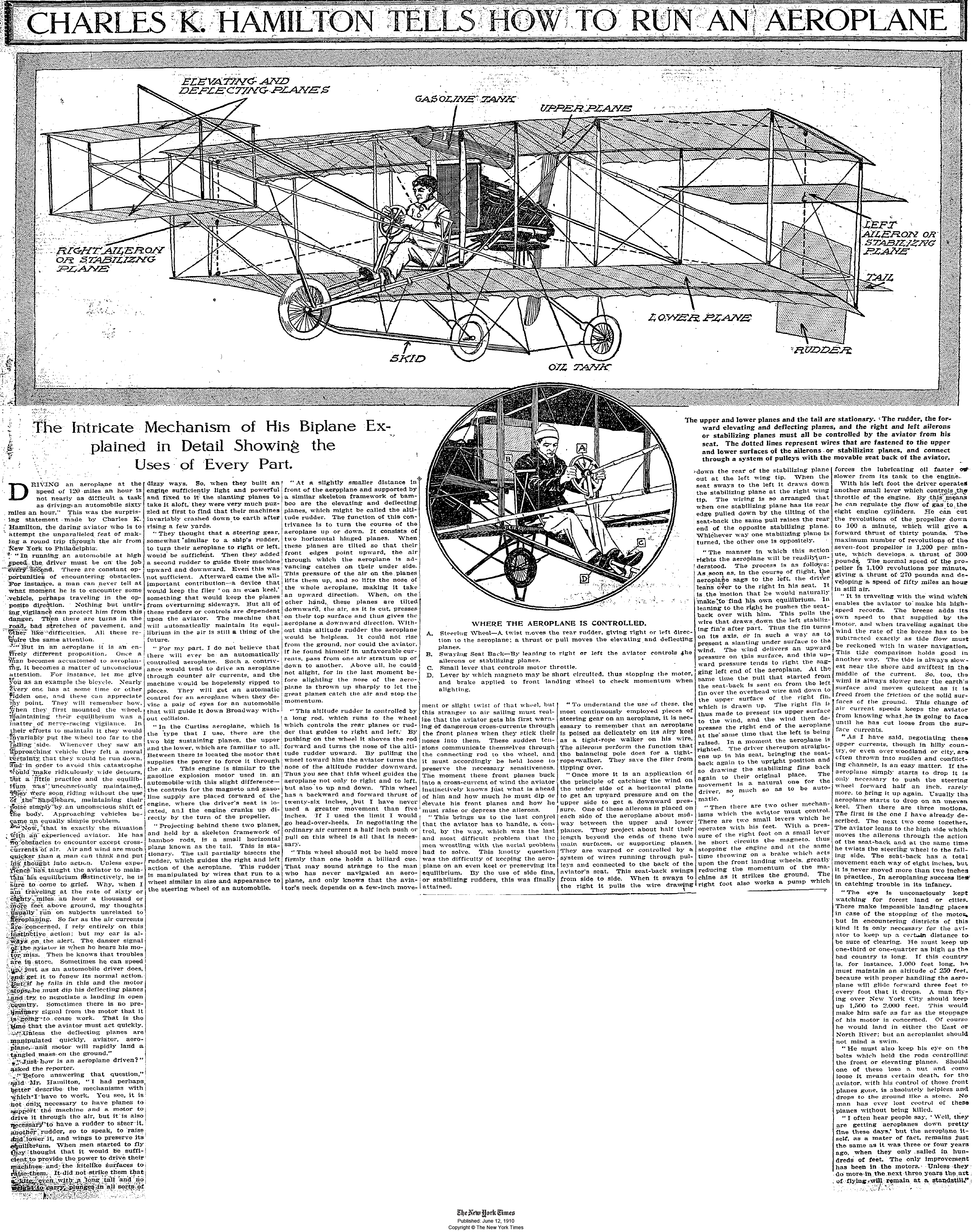 At dawn before his flight, therefore, Hamilton posed by his craft for the Bain News Service. For his passage into the history of the future he was dressed ceremonially, in a shirt with a wing collar. Over his heart on his leather flying jacket, too, his watch chain was secured with an amulet shaped like a dirigible. Imagine a mummy being boarded among lucky charms on a boat bound for heaven. But as a visage, this image is to be understood physiologically, not historically.  As of December 12, 2013, Wikipedia explains that Hamilton was known for his omnipresent cigarette. He was just 25 when this picture was taken, he died at 29 of a lung hemorrhage, and the vasoconstrictive effect of nicotine makes smokers’ skin leathery. We owe most of our twenty-first century sense that this is a nineteenth-century face to twenty-first century science. Nevertheless, some of what we have been seeing does seem to belong to a past from whose contexts it can’t be removed.

Perhaps that part is the part we don’t just see but read. Read, it is a text belonging more to cultural history than to medical history. Its haggard crags and shadows, after all, are to be found equally in images we see in the schoolroom when we are young and then take to heart when we are old.

Establishing faith and credit by a look, the sight of a man facing death tells us to trust the history into which we are about to soar.

Source of the Hamilton image