A blogtopic of mine may now be coming to a close, and a former locus of wealth porn may now be preparing to revert from 7-11 to tasteful Gagosian Gallery. The wealth will still be there and it will still bear its identifying barcodes, but if all goes as planned the codes will no longer open into the ambitious hermeneutics proposed for Hawaii by the Japanese billionaire Genshiro Kawamoto. Under indictment in Japan for tax evasion and forbidden to leave the country, Mr. Kawamoto is now selling the laboratory of his experiment in the artistry of European civilization. The story is at

Here, for valediction and benediction, are two of the silicone implants that Mr. Kawamoto inserted within Hawaii’s beauty. 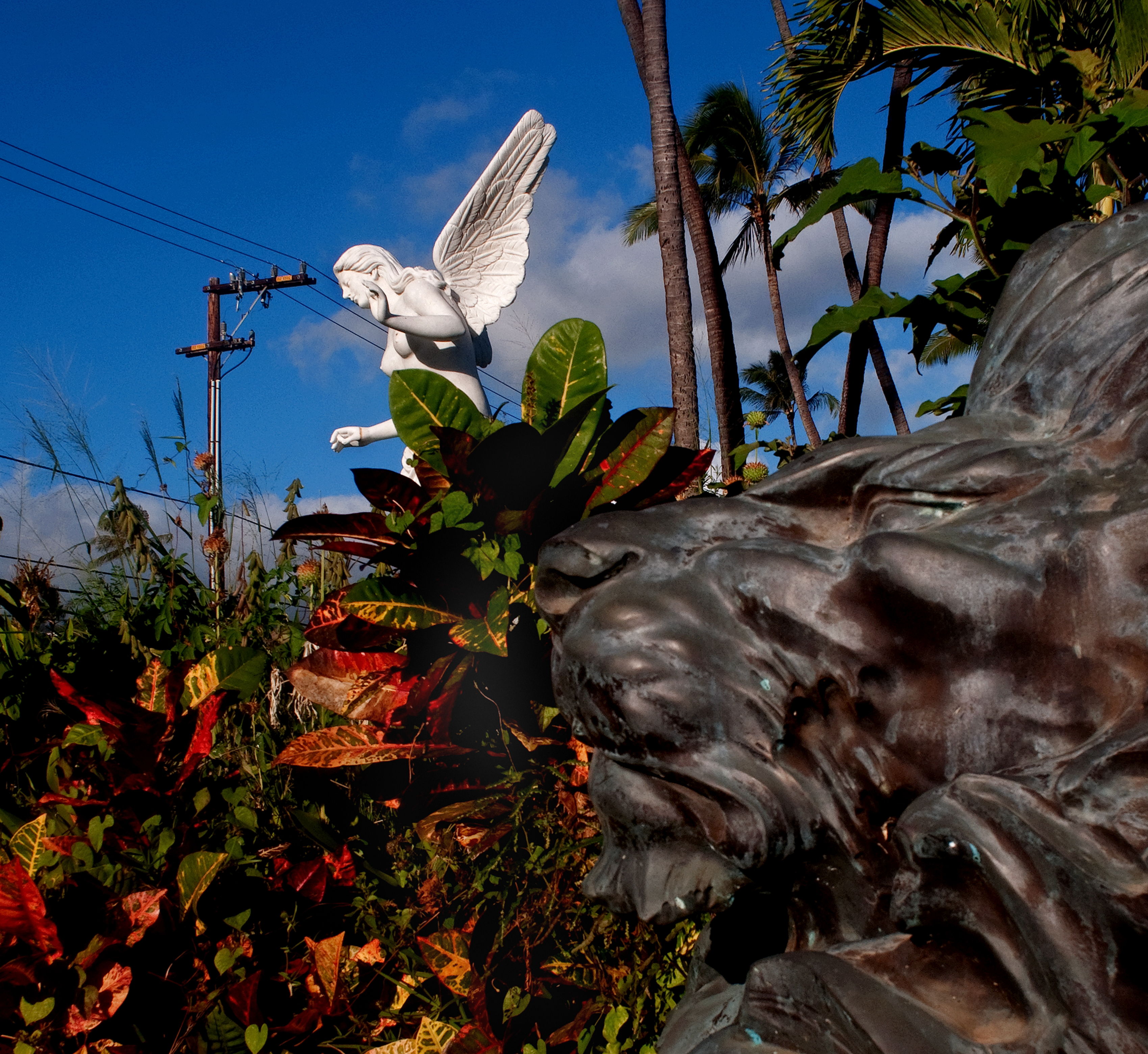 And here’s a song to sing to them.