On August 21, 2011, Kim Jong Il crossed the border between North Korea and Russia by train and made a brief stop at a station in Siberia to accept the greetings of local officials. 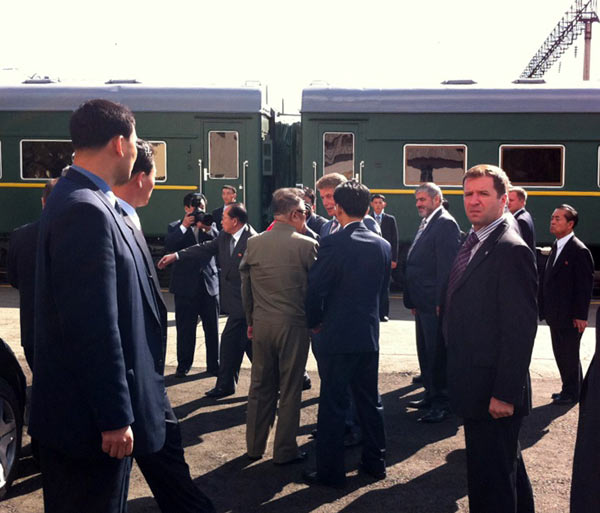 A 24-second video from the scene shows the hemiparetic tyrant walking with a characteristically Korean gait — arms at sides, legs apart, abdomen thrust forward — but also with the toddling little steps of any sick old man, in any culture.

And when Kim reboarded his train after that walk, his ascent was by a ramp built of structural steel. 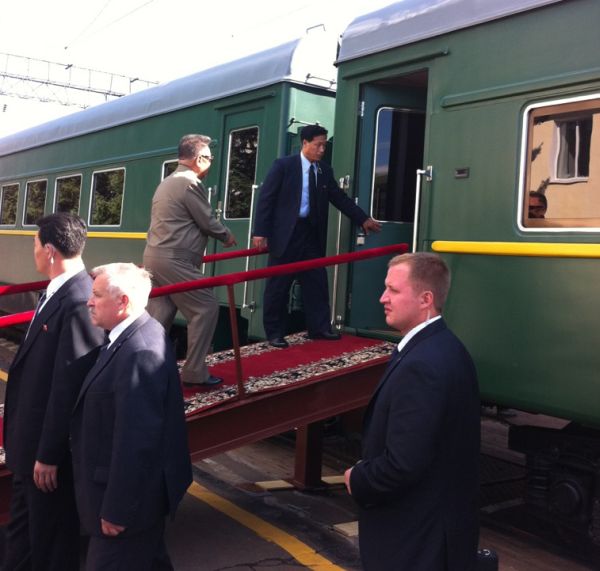 In this array of tilted perspectives and gazes focused off-scene, the red steel is the stablest element. Only it seems as if it might still be present tomorrow.

On September 4, 1939, three days after the beginning of World War II, Adolf Hitler stepped down from his train to confer with his foreign minister, Joachim von Ribbentrop. Beside a coniferous forest somewhere in Germany, a photographer recorded the meeting for a fraction of a second, perhaps the time it would have taken to speak one syllable. The silent record now waits to be seen in Life magazine’s online archive. 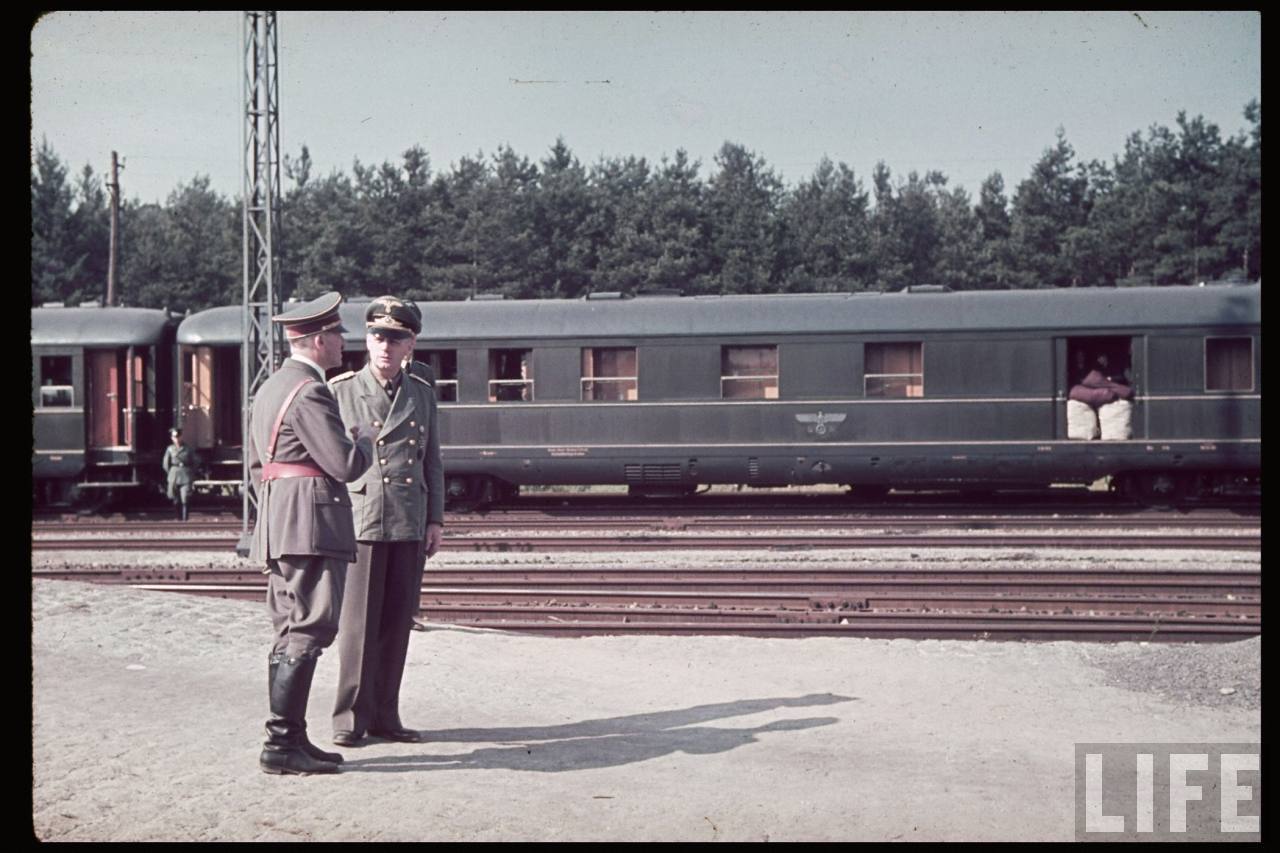 I open it in Photoshop. Within minutes, I have undone some of the wastage of time. Once again, perhaps as in 1939, colors are bright and outlines are sharp. I have pushed the image back across time in the direction of what was once a moment of lived historical experience. But of course the moment itself has now been absorbed by pictorial design. The film is still silent. What Life and I have generated here on your monitor is only the optical illusion of a time with lives in it.

Nevertheless, images like this one attract certain viewers who use them to generate a substitute time: the time universe of dream. Ubiquitous in the comment streams that make up the fantasy life of the world online, these viewers are the fetishists. We can tell them from other viewers because they view as an act of love. Some of them are Hitler fetishists and some are train fetishists, but whatever the ostensible subject of their love, they all experience that love as a generalizing, all-purpose experience. It is a paraphilia made of Agfachrome and pixels: an undying idea which now immortally substitutes for what was once steel and leather, rust-brown rail and green tree.