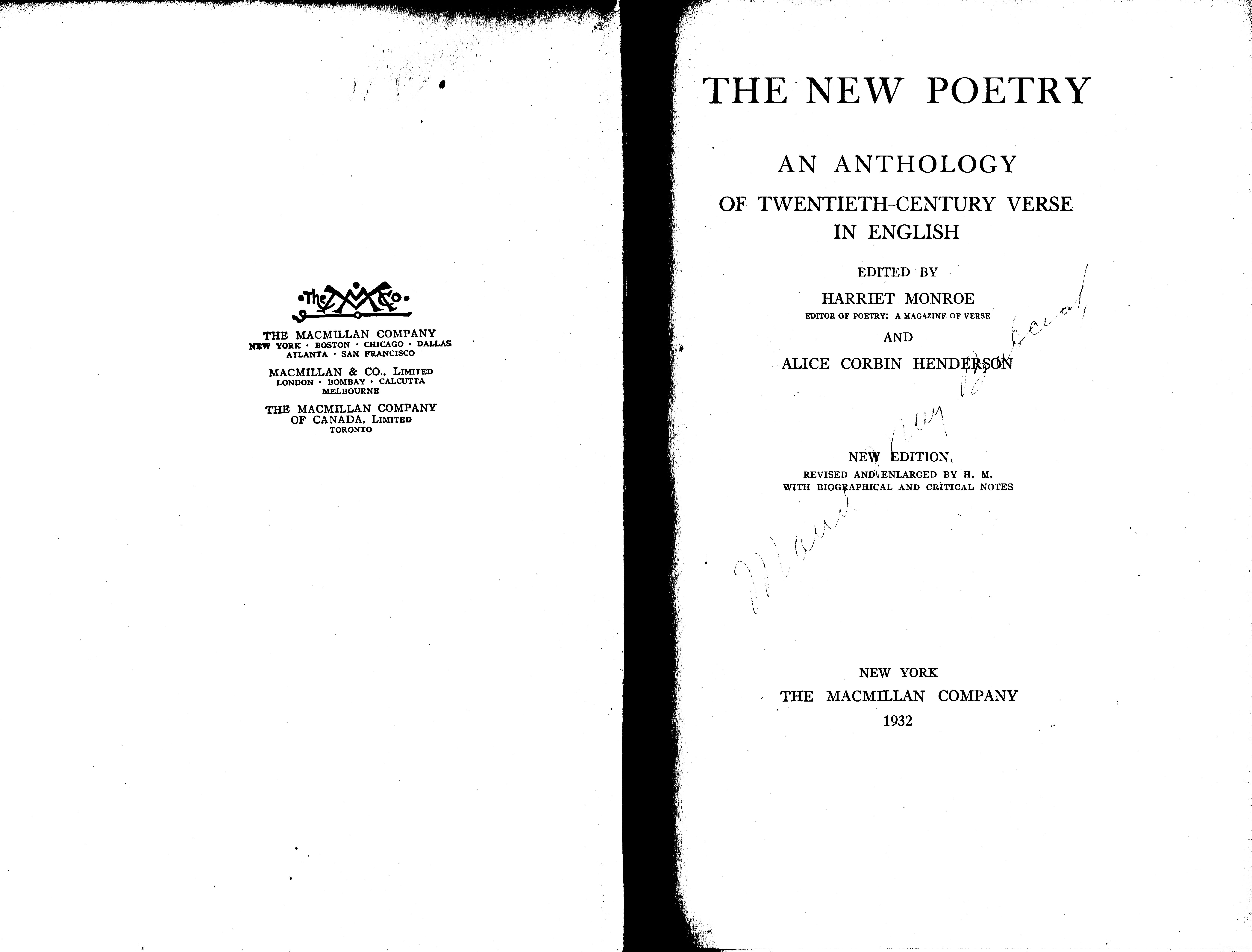 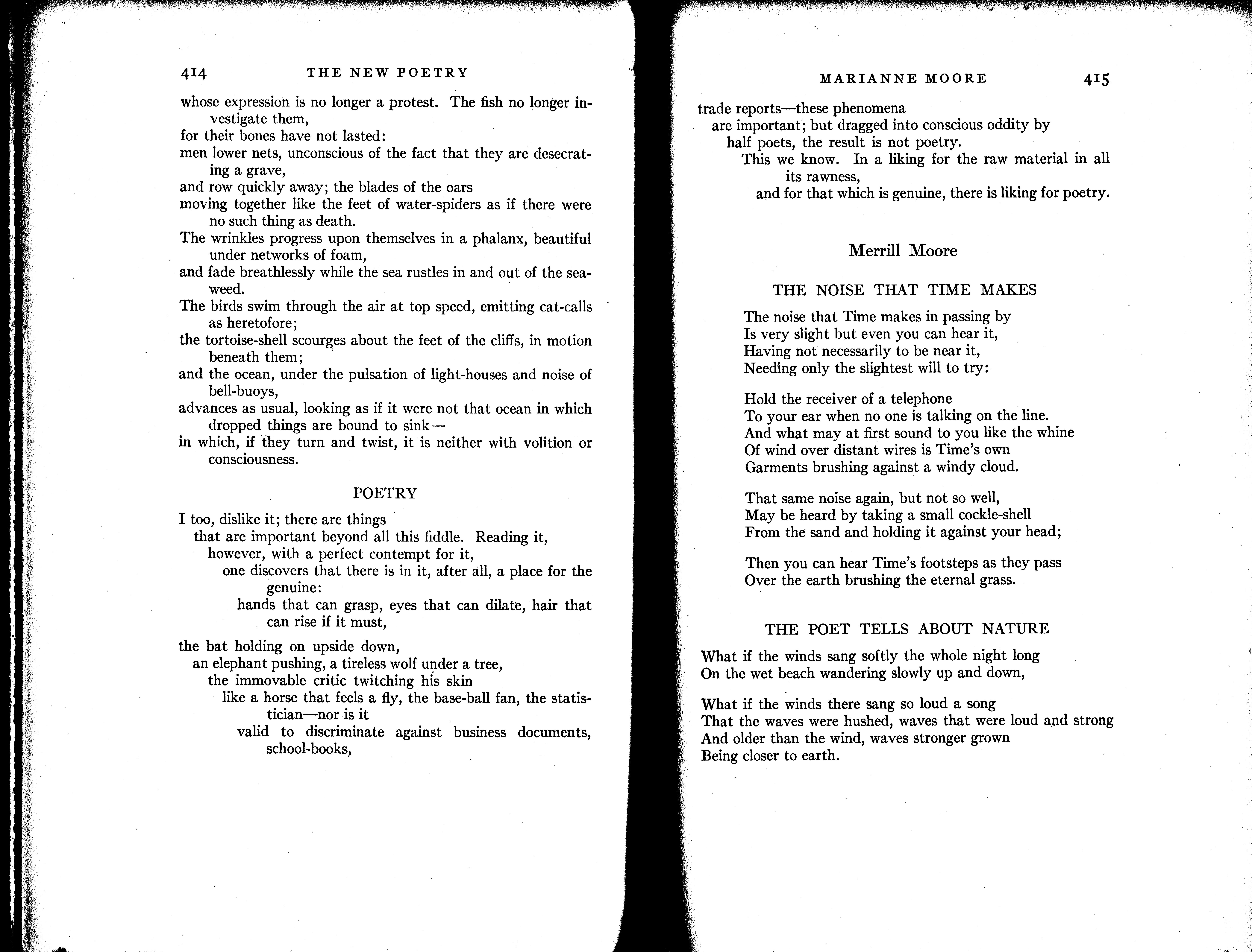 Professor Dryasdust to his class: Marianne Moore’s “Poetry” is a famously revised text, and what you see here is an early version, with three stanzas instead of the four in the penultimate version. That penultimate version, also famously, now exists as a footnote to the final version, which reads, in its entirety:

As Ezra Pound used to say, “Dichten = condensare.” The German verb means both “to write poetry” and (sort of) “to thicken or (as in the Italian verb) condense.” The reduction from “One discovers that there is in it” to “One discovers in it” is an example of the process.